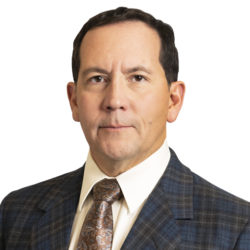 Dr. Roberto Aguero was born in Ciudad Mexico. He grew up in New York, completing his undergraduate and master’s work in microbiology and immunology in South Carolina. He continued his doctoral and post-doctoral training in Arizona working in the field of genetics. His most recent employment, prior to medicine, was a senior research scientist at the albuquerque VA addressing the role of the host-microbial interface of the human gastrointestinal tract and how it relates to diseases like IBS, chronic fatigue, and Gulf-War syndrome. Family medicine was an ideal choice. Dr. Aguero did his family medicine internship in Las Cruces and is looking forward to completing his residency here in Silver City. 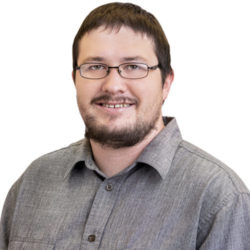 Dr. Rory Keys grew up in rural Southern Colorado. Dr. Keys attended the University of Nebraska in Lincoln, Nebraska, where he received a Bachelor’s Degree in Psychology. He always knew he wanted to be in the medical field because of his desire to ease suffering of others and, thus, went to attend medical school at Creighton University in Omaha, Nebraska.

Dr. Keys chose family medicine for the opportunity to provide care to patients of all ages and for the wide scope of practice it affords its practitioners. Silver City and Las Cruces are a good fit for him because they remind him of rural Southern Colorado and its community. He looks forward to building relationships with patients, advocating for them, and being a teacher. 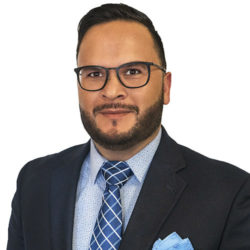 Dr. Pedro Armendariz is a native of Juarez, Chihuahua but was raised in Hardesty, a rural town in the Oklahoma Panhandle. He attended high school in Guymon, Oklahoma and later received a Bachelor’s of Science in Biology with a minor in chemistry from the Oklahoma Panhandle State University. He earned his medical degree from the Universidad Autonoma de Guadalajara and later completed a pre-internship program at New York Medical College. He then finished up his internship at Hospital Damas in Ponce, Puerto Rico where he received the distinct pleasure of being named Resident of the Year. Before coming to Silver City, Dr. Armendariz was practicing in Wolf Point, Montana and Poplar, Montana for the Indian Health Services as a medical officer in general practice. The opportunity to work in an underserved area was fulfilling and he is looking forward to serving the community in Silver City.

Dr. Armendariz is married and has three children. He loves to run, travel and is passionate about medicine. He and his family are thankful to become part of this community and are excited to make Silver City their new home. He and his wife are both from rural areas and believe it’s a great place to raise their family. Dr. Armendariz is a bilingual speaker of English and Spanish. 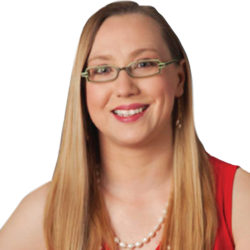 Dr. Susan Bauer is thrilled to be a part of Hidalgo Medical Services Family Medicine Residency for her training as a resident physician, in Silver City, NM. Susan’s desire to pursue a career in medicine started when she received EMT training from the National Ski Patrol in 1992 and volunteered for the National Ski Patrol for 15 years. She received her Bachelor’s Degree in Biomedical Sciences from St. Cloud State University in St. Cloud, MN in 1999. Susan worked in biotechnology for over 10 years prior to attending medical school at Rocky Vista University College of Osteopathic Medicine in Parker, CO.

Susan chose the HMS program because she would like to practice full-scope family medicine in a rural or semi-rural location, and felt that Silver City was a great fit for her and her husband. Susan is married to her husband Adam, they have a dog, and love riding motorcycles, dirt biking, hiking, skiing, and many other outdoor activities. She is looking forward to becoming part of the Silver City community in 2017. 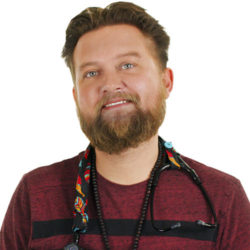 Dr. Brandon Ferguson grew up in Orem, Utah. As a teenager, Brandon spent as much time as possible outdoors hiking, biking, climbing, fishing and snowboarding. After receiving his Bachelor’s Degree from BYU-Hawaii on the beautiful island of Oahu, Brandon spent two years on the island of Grenada and two more years in Brooklyn, New York completing his medical degree, which he received from St. George’s University.

Dr. Ferguson chose a career in Family Medicine because he wants to practice a broad spectrum of medicine with patients of all ages. He loves the clinic, the hospital, and the emergency room. Brandon has a particular interest in rural medicine and is excited about his Family Medicine residency.

He chose the Hidalgo Medical Services Family Medicine Residency Program for three reasons: First, the people. He and his wife immediately felt at home both in Albuquerque and Silver City. Secondly, he loves the location. Sunny New Mexico felt like the perfect match for Brandon’s wife and three children that love to be outside every chance they get. Finally, He is thrilled by the idea of working in both a university hospital and a rural community health center. Brandon is dedicated to his patients in Silver City. 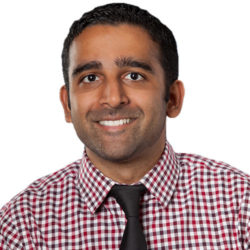 Dr. Neel Patel comes from the east-coast state of North Carolina and is excited to call New Mexico his home now. Neel obtained his Bachelor’s degree in Biology from the University of North Carolina in Chapel Hill. He found out the medical profession was for him while working as an EMT for intramural sports on campus. Excited about his future profession, Neel further went on to participate in international medical work in Chennai, India. It was here that Neel discovered his passion for rural care and helping the underserved. He went on to attend Ross University School of Medicine where he graduated with an MD in 2014. Following graduation, Neel participated in biomedical research at Barrow Neurological Institute in Phoenix, Arizona where he had the privilege of studying new therapeutics for Glioblastoma Multiform, the most common adult brain tumor.

He has come to appreciate both clinical medicine and the dedicated research it takes for advance patient care. Neel is looking forward to his intern year at the University of New Mexico hospital, and towards coming back to Silver City, where he can start developing meaningful relationships with patients. 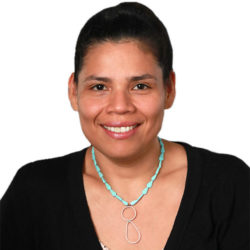 Dr. Ramirez grew up and graduated from medical school at the University of San Carlos de Guatemala during a 30-year civil war. She volunteered as a doctor in the war-torn Mayan community and opened her own clinic in a rural community where there were no doctors. She made the most important and difficult decision of her life – She gave up her rural practice to get married and move to the U.S. In the U.S., she has developed health education programs and provided individual counseling for diverse populations living with diabetes and hypertension at the Rural Health Care Center on Martha’s Vineyard and had clinical experiences in low-income underserved communities in both Chicago and Arizona. She has advanced degrees in Strategic Analysis and Policy in Public Health, Human Development and Multi-ethnic Relations and Gender, as well as Certificates in Women’s Health Cares and Child and Adolescent Development. She is thrilled to be part of the unique, rural experience the HMS Family Medicine Residency Program has to offer where she will be trained and become part of a dynamic and culturally diverse team. Dr. Ramirez loves knitting, cooking, dancing, running, and biking with her husband and dog. 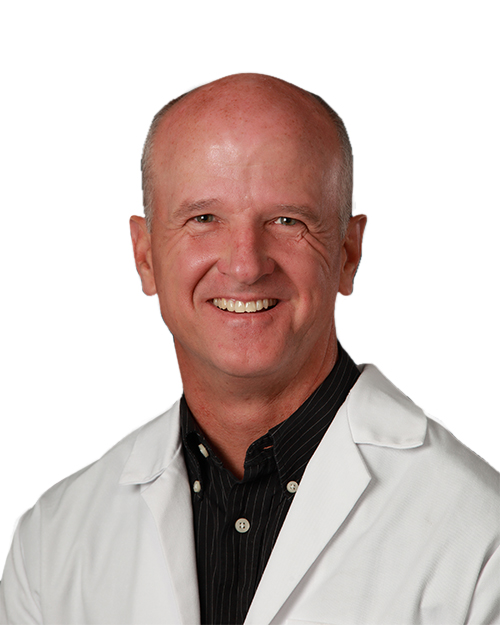 Dr. Alan Schumacher is excited to be part of Hidalgo Medical Services (HMS) in Silver City, New Mexico, as a resident physician. Alan began pursuing his passion for medicine in 1986. After obtaining a Bachelors Degree in Biology, with a Minor in Philosophy, he immediately matriculated to the University of Louisville School of Medicine. Due to unforeseeable circumstances at the end of one year, he and his family moved to Tucson, Arizona where his focus shifted to a career in the insurance and financial industry. He obtained Masters-level certification in Property and Casualty and Life insurance. As an insurance agent and financial asset manager, Alan continued to consider how he might be of greater service in his community. He enrolled in graduate school at the University of Arizona and worked toward his PhD in Physiology. His research focused on macular degeneration and congestive heart failure. During this time he had the opportunity to return to medical school. He graduated from the University of Arizona College of Medicine with a Doctorate in Allopathic Medicine in 2012 at the age of 50. Alan is a family man. He has four grown children, two by adoption, with a total of six grandchildren. He remarried in 2010 and he and his wife have two daughters, a 2 year old and a 4 year old. Alan enjoys tennis, poker, hunting, martial arts and almost any outdoor recreation. 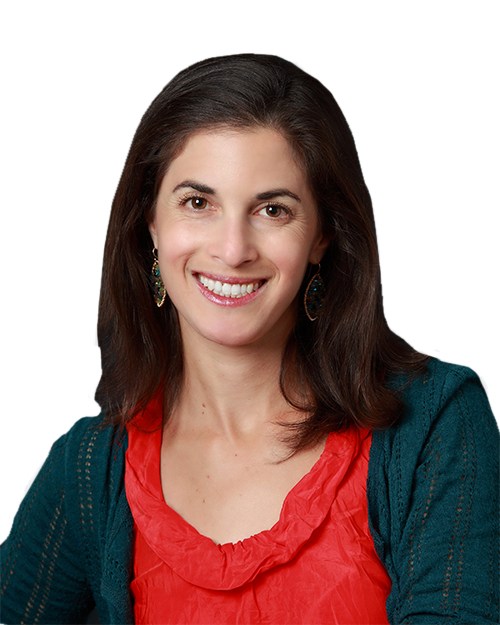 Dr. Seltzer is proud to join the HMS family, and very much at home in Silver City. She graduated from Wesleyan University in Middletown, Connecticut with a Bachelor of Arts in Neuroscience & Behavior and also obtained her Master Of Arts In Medical Science from Loyola University Chicago. Dr. Seltzer received her Medical Doctorate degree from Oregon Health & Science University (OHSU), is board-certified in Preventive Medicine (Preventive Medicine Residency, OHSU), along with a Master of Public Health degree at Portland State University. Her professional interests center on health and wellness in rural communities, population health, regional health systems, and a broad scope of care in the inpatient and outpatient settings. In her spare time, her avocational interests include running, yoga, doing laundry, studying, knitting, self-improvement, enjoying good food, and exploring, especially places within driving distance. 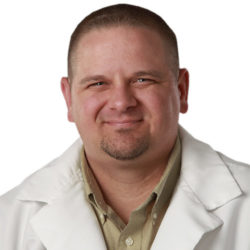 Dr. Benjamin Cluff grew up in a rural northern Arizona town and appreciates the well-kept secrets of life in a small town. Dr. Cluff graduated from Northern Arizona University with a B.S. in Biology and earned his M.D. from American University of the Caribbean School of Medicine. He completed his intern year of Family Medicine Residency at the University of New Mexico, Albuquerque. He was excited to continue his graduate medical education training at Hidalgo Medical Services with a focus on rural Family Medicine.

Dr. Cluff joined the Silver City community with his wife, Jill, and three children. They looked forward to getting to know the people of southwest New Mexico and to getting involved in the community. The Cluff’s enjoy spending time together in the outdoors: hiking, camping, and fishing. 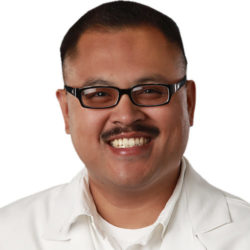 For his work as a Program Director for Hospice Project Grace, he was awarded the California State University S.T.A.R.S. (Students That Are Recognized for Service) Award in 2003 and once again with the Kenneth –Goodhue McWilliams CSU, Fullerton Award for Outstanding Community Service in 2004. As a medical student, he provided medical care for the homeless of Downtown Los Angeles through the UCLA Mobile Clinic. Dedicated to the cause of Primary Care, with the support of the American Medical Association, he was actively involved with lawmakers and lobbyists in Sacramento, California where he fought for the continued state funding of the Steven M. Thompson Physician Corps Loan Repayment Program.

Dr. Sumulong was excited to be in Silver City and be part of the HMS Family Medicine Residency Program. Dr. Sumulong enjoys reading, hiking, biking and spending quality family time with his wife, Lindsey and daughter, Misha.